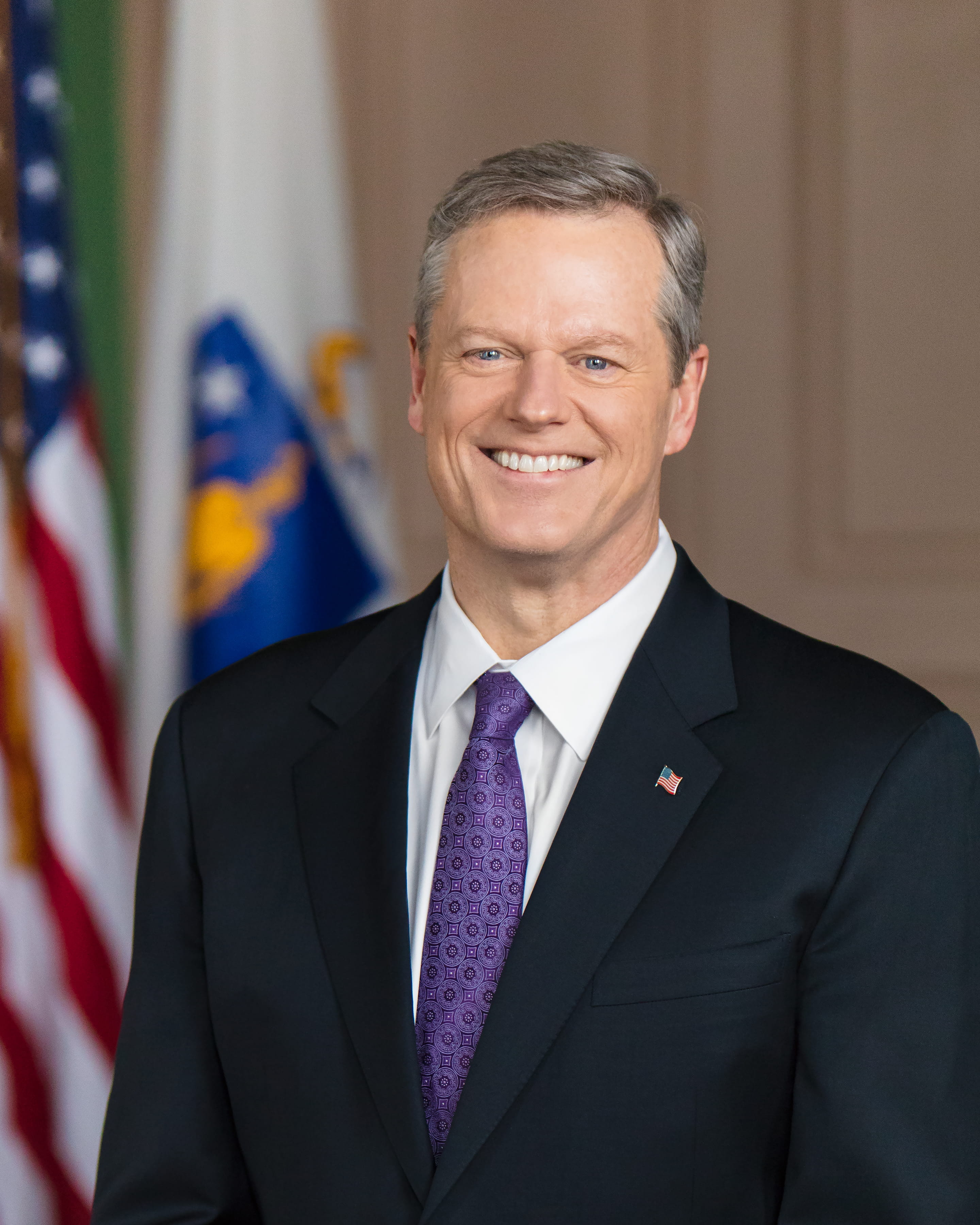 Governor Charlie Baker was sworn in for a second term as the 72nd Governor of the Commonwealth of Massachusetts on January 3, 2019, after a first term focused on moving Massachusetts forward through bipartisan, results-driven leadership. Since taking office, Governor Baker and Lt. Governor Karyn Polito have assembled a diverse team and put forth a ‘get stuff done’ approach to build a state government that is as thrifty, hard-working and creative as the people of Massachusetts. Governor Baker has used public private partnerships to spur downtown and regional economic development, allowed small businesses to become more competitive in a dynamic economy through regulatory reform, and delivered critical tax relief to more than 400,000 hardworking individuals and their families through a doubling of the Earned Income Tax Credit. These efforts have helped the Massachusetts economy create more than 200,000 jobs since 2015 and led to more people working now than at any time in state history. Also under Governor Baker's leadership, Massachusetts’ structural budget deficit has been eliminated without raising taxes, and significant deposits have been made into the Commonwealth’s Stabilization Fund. Ensuring Massachusetts continues to be a national leader in education, Governor Baker has signed four budgets featuring historic investments in K-12 education, increasing local Chapter 70 education aid by over $500 million, added 4,000 seats and supported $50 million in equipment upgrades to the state's vocational and technical schools, and expanded early college opportunities for high school students. Governor Baker also recognizes the difficulties the high costs of college create for students and families, and has taken steps to make it more affordable to attend the state’s public colleges and universities including the Commonwealth Commitment program and expanded community college scholarship funding. Working with partners in the Legislature and in local communities, Governor Baker has put Massachusetts at the forefront of finding solutions to the opioid and heroin epidemic. Two major bills signed into law by Governor Baker have helped serve as models for other states fighting the epidemic and other important updates to drug laws have been made to help police officers crack down on fentanyl traffickers. While there is still much work left to do, Governor Baker has doubled spending on prevention, education, treatment, and recovery, and since 2017, the Commonwealth has seen overdose deaths drop and families given hope. Confronted with the challenges of rising energy costs and a changing climate, Governor Baker has taken critical and nation-leading steps to diversify the Commonwealth’s energy portfolio, safeguard residents, municipalities and businesses from the impacts of climate change, and secure progress toward greenhouse gas reduction targets. State procurements of offshore wind and hydroelectric power will lead to half of Massachusetts' electricity being generated by clean resources, while the first ever State Hazard Mitigation and Climate Adaptation Plan stands as a blueprint to prepare for natural hazards and adapt to the impacts of climate change over the next five years. Governor Baker signed the largest housing bond bill in state history, enhanced the Housing Development Incentive Program to boost housing production in Gateway Cities and put forth proposals to improve zoning and generate more housing production by equipping municipalities with a technical assistance toolbox. Governor Baker has spearheaded long overdue reforms at the MBTA that have led to significant improvements to operations and finances, and put the T on track to spend more than $8 billion on infrastructure over the next five years to improve riders’ experience. Recommendations from a commission created by Governor Baker to study the future of transportation in Massachusetts will help inform future investments to achieve the goals of moving more people while reducing emissions in the Commonwealth’s transportation system. From day one, Governor Baker has implemented essential reforms and continues to tackle difficult and persistent challenges in agencies across state government to streamline government, protect the vulnerable, and respect taxpayers’ time and money. Working with frontline social workers, Governor Baker has made tremendous progress at the Department of Children and Families to better serve some of the Commonwealth's most at risk children and families by focusing on lower caseloads and increased oversight. In the last four years, Governor Baker has reduced the number of homeless families being housed in hotels and motels by ninety-five percent. As a result of improvements to customer service operations at the Registry of Motor Vehicles, more than 90% of customers are being served in under 30 minutes. Over the course of his career, Governor Baker has been a highly successful leader of complex business and government organizations. As a cabinet secretary under Governors William Weld and Paul Cellucci, Governor Baker helped lead efforts to reform and modernize state government, turn a billion-dollar deficit into a surplus, create a half million jobs, and enact an ambitious education reform agenda. During his time as Chief Executive Officer of Harvard Pilgrim Health Care, Governor Baker turned a company on the brink of bankruptcy into the nation's highest ranked health care provider for member satisfaction and clinical effectiveness for six straight years. Raised in Needham, Governor Baker attended Massachusetts public schools and is a graduate of Harvard College. He went on to earn a Master's of Business Administration from the Kellogg Graduate School of Management at Northwestern University, where he met his wife Lauren. The Bakers reside in Swampscott, have been heavily involved in numerous civic and charitable endeavors, and are the proud parents of their three children, Charlie, AJ, and Caroline. Lauren Baker has dedicated her tenure as First Lady to her passion for children by expanding the impact of the Wonderfund, a nonprofit supporting positive experiences for the Commonwealth's most vulnerable kids under the care of the state's Department of Children and Families.