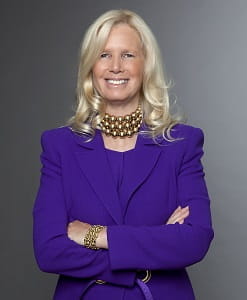 Rear Admiral Susan J. Blumenthal, MD, MPA (ret.) provided distinguished service for more than two decades as a leading national U.S. government health expert and spokesperson in the Administrations of four U.S. Presidents. She was the country’s first Deputy Assistant Secretary for Women’s Health, U.S. Assistant Surgeon General and Senior Global Health Advisor in the U.S. Department of Health and Human Services (HHS), a White House Health Advisor, and the Chief of the Behavioral Medicine and Basic Prevention Research Branch Chief at the National Institutes of Health (NIH). At the NIH, she also served as the Chair of the NIH Nutrition Coordinating Committee and as Chair of the NIH Health and Behavior Coordinating Committee. Dr. Blumenthal is an internationally recognized medical expert and leader who has been a major force in bringing important public health issues including women’s health, mental health, and global health to increased scientific and public attention. She has been at the forefront of national efforts to achieve effectiveness, efficiency and equity in the US health care system, to emphasize the power of disease, suicide and violence prevention, to reduce health disparities, and to advance multi-sector "health in all policies" solutions. An international leader in advancing global health, Admiral Blumenthal has been a major force in responding to emerging disease threats including HIV/AIDS since the beginning of the epidemic, the chronic disease pandemic, and bioterrorism. Dr. Blumenthal currently serves as a Clinical Professor at Tufts and Georgetown University Schools of Medicine and as a Senior Fellow in Health Policy at New America where she directs a Health Innovations Lab and oversees several projects focused on technology in the public interest. These include the WIC Digital Health Summit in collaboration with the MIT Media Lab and the Harvard T.H. Chan School of Public Health and the SNAPtoHealth.org initiative that serves as a virtual Town Hall for information and dialogue on Federal Food Assistance Programs including SNAP and WIC. Dr. Blumenthal also serves as Senior Policy and Medical Advisor at amfAR, the Foundation for AIDS Research and as Public Health Editor of the Huffington Post. She has been the Distinguished Visiting Professor of Women's Studies at Brandeis University, the Elizabeth Blackwell Visiting Professor at the Mayo Clinic and a Fellow at Harvard University's School of Government. As the first ever Deputy Assistant Secretary for Women’s Health, Dr. Blumenthal developed innovative national initiatives and coordinated a multi-billion-dollar budget of research, services, education programs and activities across the US Department of Health and Human Services. Her accomplishments include developing a comprehensive national approach to women’s health and sex differences in disease that dramatically increased public and scientific attention to these issues and creating numerous public-private sector partnerships. Dr. Blumenthal established the National Centers of Excellence on Women’s Health program at academic centers across the country to serve as models for women’s health care nationwide, appointed regional women’s health coordinators, launched a Task Force on Women and AIDS, and created initiatives on nutrition, osteoporosis, obesity, physical activity, diabetes, and disease prevention that brought together federal agencies, private sector organizations and the media to respond to these public health issues. Admiral Blumenthal co-chaired a Presidential initiative on breast cancer and established the “Missiles to Mammograms” initiative that transferred CIA, DOD and NASA imaging technology to advance breast cancer detection. She also created the National Women’s Health Information Center that provides "one stop shopping" for health information on the internet (womenshealth.gov) and through a toll-free telephone number. Dr. Blumenthal was among the first in the government to use the Internet for health education, envisioning and establishing several award-winning health websites. She has organized and chaired numerous national and international conferences, established many global health collaborations and chaired several Federal Coordinating Committees involving all Departments of the U.S. government. Dr. Blumenthal has authored numerous scientific articles, edited books, and served as the health columnist for U.S. News and World Report and Elle magazines. She has represented the US government at numerous international commissions and conferences. Dr. Blumenthal was the host and Medical Director of an award winning 13-part television series on health. Named by the Medical Herald and the National Library of Medicine as one of the most influential and important women in medicine and by the New York Times as one of the top doctors in the women's health field, Admiral Blumenthal is the recipient of many awards, medals and honorary doctorates for her landmark contributions to improving health. She was named the Health Leader of the Year by the Commissioned Officers Association, as a Rock Star of Science by the Geoffrey Beene Foundation and decorated with the Distinguished Service Medal of the U.S. Public Health Service, its highest honor, "for distinguished and pioneering leadership, groundbreaking contributions and dedicated public service that has improved the health of women, our Nation, and the world."