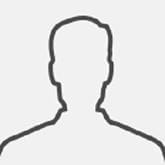 Sue Bornstein is currently serving as Executive Director of the Texas Medical Home Initiative, a multi-stakeholder, physician-led organization dedicated to implementing the patient-centered medical home concept in Texas. Dr. Bornstein has served in this capacity since June 2009. Prior to being selected to lead the TMHI, Sue worked as a senior physician consultant for the Bard Group, a consulting firm in Boston that specializes in physician-hospital relations. Sue served as lead consultant for several medical staff reorganization and hospital-medical staff integration engagements during her tenure as a consultant. Sue practiced Internal Medicine at Baylor University Medical Center in Dallas from 1995 - 2007, first in private practice and then as a palliative care and clinical ethics consultant. While at Baylor, she was elected President of the medical staff in 2005 and served as Chairman of the Medical Executive Committee in 2006. Throughout her time at Baylor, Dr. Bornstein was active in the resident teaching program, including serving as medicine clinic attending and medicine ward attending. Dr. Bornstein is President-elect of the Texas Chapter of the American College of Physicians. She serves as the Texas ACP representative to the TMA Interspecialty Society and as a Dallas County Medical Society delegate to the TMA. She has served on the DCMS Executive Committee as Secretary/Treasurer and was previously Chair of the Board of Censors. Sue is a graduate of the University of Texas at Austin and earned her medical degree at Texas Tech Health Sciences Center where she was the recipient of the Gold Headed Cane award. She completed her Internal Medicine residency at Baylor University Medical Center in Dallas. In her spare time, Sue is an avid fly-fisherman and participates in Master’s swimming programs.