William D. Chey, MD, AGAF, FACG, FACP, is currently a Professor of Medicine in the Division of Gastroenterology and Director of the GI Physiology Laboratory, as well as the Michigan Bowel Control Program, all at the University of Michigan Health System in Ann Arbor, Michigan. Dr. Chey received his undergraduate degree from the University of Pennsylvania and medical degree and training in internal medicine from Emory University School of Medicine. He went on to complete a fellowship in gastroenterology at the University of Michigan in Ann Arbor. Dr. Chey’s research interests focus on the diagnosis and treatment of the functional bowel disorders, acid-related disorders, and Helicobacter pylori (H. pylori) infection. He has received funding for his research from federal and private sources. Dr. Chey has authored more than 250 manuscripts, reviews, and book chapters. He is co-editor-in-chief of the American Journal of Gastroenterology and Clinical & Translational Gastroenterology (2010-2016) and serves on the editorial boards of several other scientific journals. Dr. Chey serves as a member of the Board of Trustees, Practice Parameters Committee and Publications Committee of the American College of Gastroenterology. He joined the Board of Directors of the Rome Foundation in 2010. He is past chair of the Clinical Practice Section (2006-2008) of the American Gastroenterological Association. Dr. Chey has participated in and directed numerous national and international continuing medical education programs in gastroenterology, and has been elected to the roster of “Best Doctors” since 2001 and “America’s Top Doctors” since 2009. In 2012, he was named as one of the top 125 gastroenterologists in the US by Becker’s ASC. 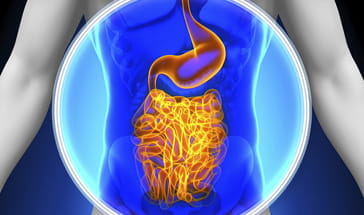