Richard Gibbs was born in Australia and graduated from Melbourne University in 1986 in Genetics and Radiation Biology. He moved to the USA to Baylor College of Medicine, where he performed key work on the molecular characterization of human genetic disease and provided an early leadership role for the Human Genome Project (HGP). In 1997 he founded the BCM Human Genome Sequencing Center (HGSC), one of five main groups to complete the HGP. The HGSC then led many genome projects for model species and contributed to the Mammalian Gene Collection, the Hapmap Project, the 1000 Genomes Project and the Cancer Genome Atlas. Since 2005, the group pioneered Personal Genomics, beginning with the personal genome sequences of James Watson and James Lupski and then developing the now ubiquitously used DNA exome capture technologies to create the first Genetics Diagnostics Laboratory to be based on whole gene sequencing. The group has made innumerable Mendelian disease gene discoveries and is now focused on accelerating clinical translation of genomics in adult care, via cardiovascular disease risk testing. Gibbs was elected to the National Academy of Medicine in 2011 and was recognized as one of the 400 most influential biomedical scientists in the world in 2013 (Eur J. Clin. Invest. 2014). 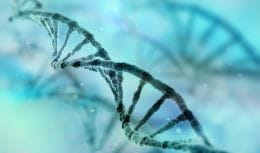