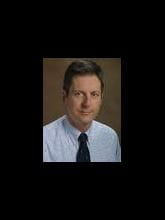 James V. Hennessey is currently Associate Professor of Medicine at Harvard medical School and Director of Clinical Endocrinology at the Beth Israel Deaconess Medical Center in Boston MA. He completed subspecialty training in Endocrinology and Metabolism at the Walter Reed Army Medical Center where he conducted research in thyroxine bioequivalence. He served as the Chief of Endocrinology at U.S.A.F. Medical Center Wright-Patterson in Ohio and later joined the faculty of Wright State University School of Medicine as Director of Clinical Clerkships. He later served again at Wright-Patterson Medical Center during Operation Desert Storm. He completed his Air Force career as State Surgeon of the Rhode Island National Guard. He was Associate Director for Clinical Education in the Division of Endocrinology and Associate Professor of Medicine at Brown Medical School in Providence Rhode Island prior to his move to Boston. A focus of Dr. Hennessey’s career has been the clinical education of Students, Residents and Fellows in Endocrinology and Metabolism. He is an active member of the AACE, ATA, The Endocrine Society and The American College of Physicians and is a former Governor of the Rhode Island Chapter of the ACP.