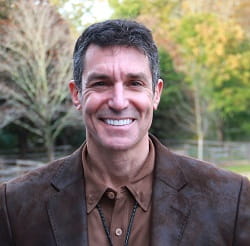 David L. Katz, MD, MPH, FACPM, FACP, FACLM, earned his BA degree from Dartmouth College (1984); his MD from the Albert Einstein College of Medicine (1988); and his MPH from the Yale University School of Public Health (1993). He completed sequential residency training in internal medicine and preventive medicine/public health. He is the founding director (1998) of Yale University’s Yale-Griffin Prevention Research Center, immediate past-president of the American College of Lifestyle Medicine, and founder/president of the True Health Initiative, a non-profit organization established to promote messages about healthy, sustainable diet and lifestyle in the service of adding years to lives and life to years around the globe. Katz directed the development of the Overall Nutritional Quality Index® used in the NuVal® nutritional guidance system, the world’s most robustly validated nutrient profiling system. He is the founder (2016) and CEO of his own start-up company, developing a disruptively innovative approach to dietary intake assessment and diet coaching known as Diet Quality Photo Navigation (DQPN; DQPN™, LLC). He serves as chief science officer for FareWell (https://farewell.io/), a digital therapeutic platform devoted to the use of diet and lifestyle for the treatment and reversal of chronic disease. The recipient of many awards for his contributions to public health, he has received three honorary doctorate degrees. Katz was named one of the nation’s top nutrition experts for 2017-2018 by DietSpotlight.com (https://www.dietspotlight.com/n/david-katz/). Dr. Katz has held faculty positions at the Yale University Schools of Medicine and Public Health and served as director of Medical Studies in Public Health at the Yale School of Medicine for nearly a decade. He currently holds an appointment as adjunct professor at the George Washington University School of Medicine. He holds five U.S. patents with other patents pending, and he invented the research method known as "evidence mapping." He has published roughly 200 scientific articles and textbook chapters and 15 books to date, including multiple editions of leading textbooks in both preventive medicine and nutrition. Prominent as a journalist and commentator addressing matters of health and medicine, Dr. Katz has been quoted in most major magazines and newspapers, appeared widely on radio and television, and served as a regular on-air medical contributor for Good Morning America/ABC News for over two years. He has delivered addresses at major universities and conferences throughout the United States and in countries around the world on six continents. Widely recognized for his abilities as an orator, Dr. Katz has been hailed by peers as "the poet laureate of health promotion." Recognized globally for expertise in nutrition, weight management, and the prevention of chronic disease, he has a social media following of well over 900,000. He and his wife, Catherine, founder of Cuisinicity.com, live in Connecticut. They have five children.