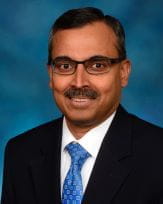 Dr. Kottilil is the Director of the division of Clinical Care and Research at the Institute of Human Virology (IHV), University of Maryland, Baltimore, MD. He is also the Chief of the Division of Infectious Diseases at the University of Maryland School of Medicine, Baltimore, MD. Dr. Kottilil continues to work as the Scientific Director of the NIH-District of Columbia Program for AIDS Progress. Dr. Kottilil received his medical degree from Government Medical College, Trichur, India, and his PhD degree in immunology of HIV infection from Memorial University of Newfoundland, Canada. He also completed a residency in internal medicine at Brown University, Rhode Island, and a fellowship in infectious diseases at the National Institutes of Health under Dr. Anthony S. Fauci. He has conducted several pivotal investigator-initiated studies in hepatitis C and has authored over 300 peer-reviewed publications. Dr. Kottilil served as one of the founding members of the US National hepatitis C treatment guidance panel. He has received numerous national and international awards, including the NIH Merit Award for Innovative Science and the American College of Physician’s (ACP) Richard and Hinda Rosenthal Award. He is an elected member of the American Society of Clinical Investigation (ASCI) and achieved Mastership in the American College of Physicians (MACP).

A Light in the Darkness: New Virus-neutralizing Monoclonal Antibodies and Other... 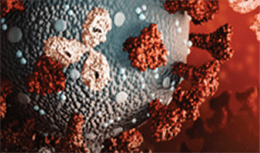 COVID-19 Frontline - A New Light in the Darkness: Therapies Recently Granted Emergency Use...