Javier Morales, MD, is Associate Professor of Medicine at the Donald Barbara Zucker School of Medicine at Hofstra/Northwell on Long Island, and is Vice President at Advanced Internal Medicine Group in East Hills, New York. He earned his medical degree at the University of Medicine and Dentistry New Jersey Medical School in Newark, New Jersey. Dr. Morales completed a residency in Internal Medicine at Memorial Sloan Kettering Cancer Center in New York, New York, and North Shore University Hospital in Manhasset, New York, where he served as Chief Medical Resident from 1998-1999. He is a Diplomate of the American Board of Internal Medicine. His disciplines of practice include General Internal Medicine, type 2 diabetes, and Obesity Medicine. Dr. Morales works to effectively implement the concepts of modern Internal Medicine for the delivery of quality primary care, along with the commitment to the education of fellow healthcare professionals and students. As such, he is active in clinical research, having served as investigator on several key clinical trials, has published numerous articles in major peer reviewed journals. He also has several editorial positions for several well recognized medical journals that include Obesity, Diabetes and Metabolism, Endocrine Practice, Post Graduate Medicine, and others Noted for his expertise in diabetes, obesity and metabolic diseases, he is a frequent presenter at many national and international continuing medical education forums. He is involved in the training of medical residents at North Shore University Hospital and Winthrop University Hospital, nurse practitioners at Malloy College of Nursing and Long Island University School of Nursing, as well as physicians assistants at the New York College of Osteopathic Medicine. He is an avid musician and recognized percussionist, and is fluent in Spanish, Italian, and Portuguese. He is a member of the American Medical Association, the American College of Physicians, the American Association of Clinical Endocrinologists, the American Academy of Family Physicians, National Hispanic Medical Association. He is a fellow of the American College of Endocrinology, and the Interamerican College of Physicians and Surgeons. 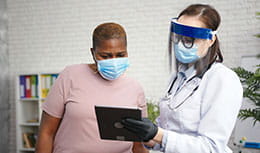 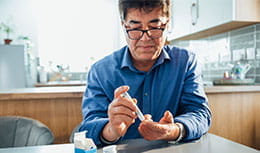 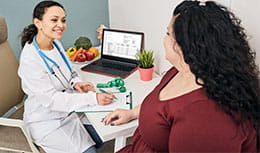