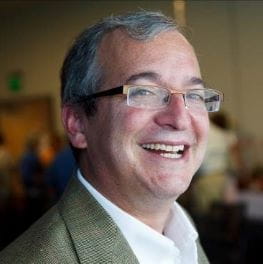 Daniel Press, MD, MMSc, is the Chief of the Cognitive Neurology Unit and the clinical director of the Berenson-Allen Center for Noninvasive Brain Stimulation at Beth Israel Deaconess Medical Center (BIDMC). He is also an associate professor of neurology at Harvard Medical School (HMS).

Dr. Press earned his undergraduate degree from the University of Pennsylvania and his medical degree from the University of Connecticut School Of Medicine. He received a scholarship to spend one year at the National Institutes of Health (NIH) through the Howard Hughes Medical Institute-NIH Research Scholars Program, where he pursued research in the Clinical Brain Disorders Branch of the National Institute of Mental Health. Dr. Press completed a neurology residency in the Harvard Longwood Neurology Training Program and a fellowship in cognitive neurology at BIDMC. He received a master of medical sciences degree from HMS through the Harvard-MIT Clinical Investigator Training Program.

Dr. Press is a leader in education, research, and clinical treatment, with a focus on diseases like Alzheimer’s disease and Parkinson’s disease. His research concentrates on studying the effects of brain disease on one’s ability to learn new motor skills, and how those effects can be reversed. In collaboration with motor control experts from the Harvard John A. Paulson School of Engineering and Applied Sciences, Dr. Press has developed a model for how motor learning may be impaired in Alzheimer’s disease. Using this model, he has begun testing whether noninvasive brain stimulation to specific brain areas can treat this deficit.

In his role as clinical director for the Berenson-Allen Center, Dr. Press and his team treat patients with neuropsychiatric conditions, including medication-resistant depression. This team has provided approximately 13,000 transcranial magnetic stimulation (TMS) treatments to more than 300 patients in the last 10 years, helping them to achieve and maintain improved quality of life. He also has directed a medical education course to help train others from around the world in the clinical aspects of noninvasive brain stimulation.

Dr. Press is a member of a number of medical societies and serves on medical advisory boards for both the Massachusetts Registry of Motor Vehicles and the Massachusetts branch of the Alzheimer’s Association. He has authored or co-authored more than 50 scientific articles, chapters, and reviews, and has written editorials for leading medical journals including Neurology and The New England Journal of Medicine.