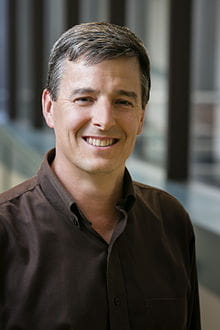 John A. Rogers is the Louis Simpson and Kimberly Querrey Professor of Materials Science and Engineering, Biomedical Engineering and Medicine at Northwestern University, with affiliate appointments in Mechanical Engineering, Electrical and Computer Engineering and Chemistry, where he is also Director of the newly endowed Center for Bio-Integrated Electronics. He has published more than 650 papers, is a co-inventor on more than 100 patents and he has co-founded several successful technology companies. His research has been recognized by many awards, including a MacArthur Fellowship (2009), the Lemelson-MIT Prize (2011), and the Smithsonian Award for American Ingenuity in the Physical Sciences (2013) – and most recently the Benjamin Franklin Medal from the Franklin Institute (2019). He is a member of the National Academy of Engineering, the National Academy of Sciences, the National Academy of Inventors and the American Academy of Arts and Sciences.