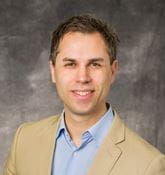 Patrick Runnels, MD, attended medical school at the University of Missouri, Columbia, completing his psychiatry residency at Mount Sinai Hospital in New York City and the Public Psychiatry Fellowship at Columbia University. In 2018, he also completed his executive MBA at Case Western Reserve University Weatherhead School of Management. He is currently the Associate Chief Medical Officer of Population Health for the University Hospitals healthcare system in Cleveland, as well as Director of Adult Clinical Psychiatry for the Department of Psychiatry. In both roles, his focus is on improving efficiency of and access to behavioral health services at the regional level, as well as developing value-based models of healthcare delivery across a diversity of patient populations. Prior to that, he served as medical director for The Centers for Families and Children for eight years, which included oversight and implementation of one of the original 13 SAMHSA PBHCI grants as well as other models of integrated care and workforce development. Academically, he is an Associate Professor at the Case Western Reserve University School of Medicine where he is director of the Public and Community Psychiatry Fellowship, which has graduated more than 50 fellows over the past decade, and which has pioneered models of interprofessional training and distance learning. He is the Chair of the National Council Medical Director Institute and Chair for the American Psychiatric Association’s Council on Government Relations; in these roles, he has focused on championing efforts to increase access to psychiatric services at the national level. He has served in the past on the Board of Trustees for the American Psychiatric Association, The National Alliance on Mental Illness (NAMI), Ohio Chapter, and the American Association of Community Psychiatrists.