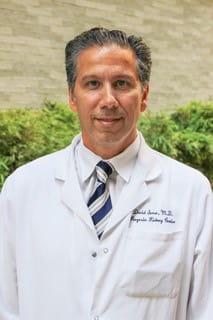 Dr Serur came to New York Presbyterian Weill Cornell in 1991 with an interest in clinical transplantation and has been Medical Director of the kidney transplant program since 2007. For the past 17 years he has been supervising the evaluations of kidney donors at Cornell, which performs 150 living donations annually. Research interests have included pharmaceutical industry supported studies of new transplant medications as well as investigator-initiated studies. Dr Serur was one of the earliest proponents of offering kidney transplantation to HIV patients on dialysis, something that many thought was too risky but is now routinely done. He serves on the board of directors of AFDT (American Foundation for Donation and Transplantation) since 2017. Being involved in kidney paired exchange since its inception at Cornell in 2008, Dr Serur has volunteered as Medical Director of the National Kidney Registry, the largest paired exchange program in the world.