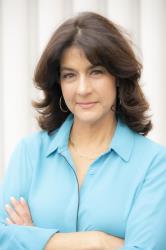 Considered a thought leader in nutrition, Heidi had influenced millions of viewers through her media work, writing and consulting. Her company, Nutrition Conditioning, oversees the Sports Nutrition programs at The Juilliard School and the School of American Ballet. She is also a nutritionist at The Women’s Sports Medicine Center at Hospital of Special Surgery. Additionally, Ms. Skolnik worked with the Knicks Basketball team for seven years, the Giants Football team for 18 years and the Mets Baseball organization for 15 years and has worked with the NHL, MLS, WNBA, Olympic level athletes as well consulted to Broadway Shows and performers. Heidi sits on the Board of The National Osteoporosis Foundation, is a contributing advisor to Eat This, Not That bookazine, and is author of Grill Yourself Skinny (Creative Homeowner, 2013), and co-author of Nutrient Timing for Peak Performance: The right food, the right time, the right results (Human Kinetics, 2010) and The Reverse Diet: Lose Weight By Eating Dinner for Breakfast and Breakfast for Dinner (Wiley, Jan. 2007). An expert resource for national media, Heidi has appeared on Live! with kelly and Michael, Dr Oz, So You Think You Can Dance, The Today Show, The Meredith Vieira Show, Good Morning America, The Early Show, CNN American Morning and Headline News, Primetime, 20/20, Extra as well as the Food Network and is often referenced in newspapers and national magazines such as Glamour, Vougue, and Self. Heidi has earned two Masters degrees and is a New York State Certified Nutritionist. Ms. Skolnik is a Fellow with the American College of Sports Medicine (ACSM) and is also ACSM certified as a Health Fitness Instructor. Heidi consults and presents nationwide to corporations, professional organizations, universities and colleges. Ms. Skolnik is the president of Nutrition Conditioning, LLC a nutrition consulting practice based in New Jersey serving the greater Metropolitan area. 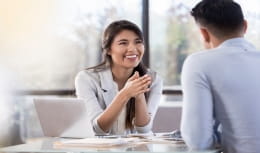 Nutrition in Adults Over 50